Nacer Bouhanni is a winner ! His primary motivation is there... It is his explosiveness, his almost feline side, you could say, that is his primary advantage compared to the other sprinters in the peloton.

That shows this runner will to win again and again. His sporting dreams are indeed still numerous, but those which count most among all the others are the Tour de France and Milan-San-Remo. 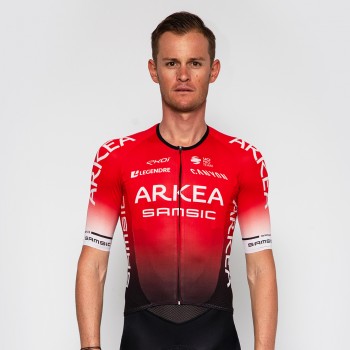 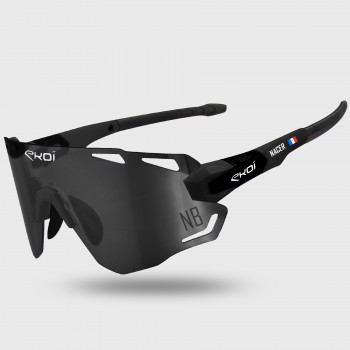 Christophe Laporte, the Var puncher from the Cofidis team, took the first stage of the Etoile de Bessèges after a particularly thrilling final. He won by countering Nacer Bouhanni of the Arkea Samsic team. Nacer Bouhanni played the surprise card by attacking halfway through the last bump. Christophe Laporte was the only one to take his wheel to pass it before the line. Injured at the start of last season, Christophe Laporte shows in spectacular fashion that he is back to his best. In a race he won two years ago, he will do anything to keep the leader's jersey. Both riders wore an Ekoï AR14 helmet and Ekoï Premium 80 glasses. Christophe LAPORTE "I'm super happy, it's just happiness! 2020 has not been an easy year. All winter I was very motivated, I didn't have any problems and I knew my shape was good. I knew that to perform, I had to be well placed at the top of thebump. I expected someone to attack and I would have to manage my effort and get under the pedal. I did it and I'm also happy to have grabbed a few bonus seconds for the overall. Tomorrow is a sprint that I have already won but the field is higher. We will also try to take bonuses in view of Sunday's stopwatch. I am very proud to have started the season well for the team and to give confidence to my teammates and all the staff. We will do everything to continue our momentum! " Nacer BOUHANNI "I recognized the final of this first stage yesterday. I knew the climb up the Route de la Tour was more conducive to punchers than sprinters. I wanted to test myself nonetheless. I tried in the finale for this reason. I came to this 2021 edition of the Etoile de Bessèges to target the sprint stages. There w...
Read more

Second victory in the space of a week for Nacer Bouhanni, who won after a race fully mastered by the Arkéa-Samsic team. Nacer Bouhanni, winner of the first stage of the Tour de la Provence “My teammates did a superb job in my favor throughout the stage, starting with Maxime Bouet, who rode all day.Warren in the final also did a lot of work to get the breakaway back. I was still three meters away and had to put in some effort before the sprint. I take the wheel of Nizzolo at that point, and in the last corner I make the ultimate effort to win this first stage of the Tour de la Provence. I feel confident, the Arkéa_Sazmsic team, the staff, my teammates show me such a feeling, and that motivates me. My goal is to bring as many victories as possible to the Arkéa-Samsic team. I left the Saudi Tour slightly frustrated, but winning here, my first success in France, in 2020, on the roads of the Tour de la Provence, almost at home since I live in the region, that makes me really happy "
Read more

Nacer Bouhanni won on the 4th stage of Saudi Tour this friday 7 feb. The sprinter had not raised his arms for a year and a half and thus brought the first victory of the season to his team Arkéa-Samsic.
Read more