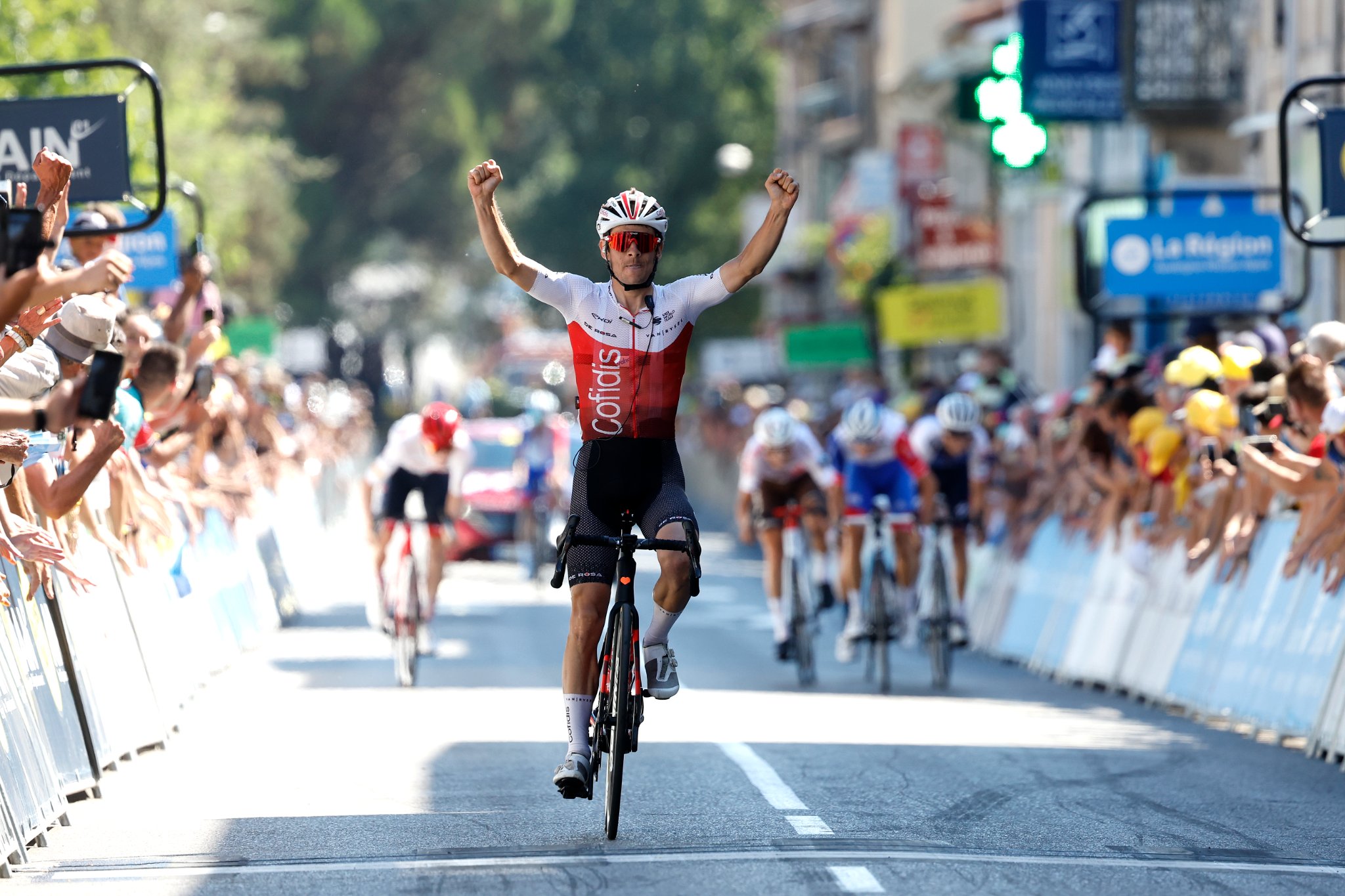 
At the start of this 2nd stage of the 34th edition of the Tour de l'Ain, 142.5 km were on the program. 4 difficulties were listed including 2 passage up the Col de Portes and a finish after a final descent to Lagnieu.

The Cofidis team had already worked the day before during the sprint to protect Guillaume Martin, allowing him to arrive in the peloton and thus not lose time on the favorites.

A revenge on bad luck

It was a small breakaway that formed early in the stage. It was quickly controlled so that the favorites could play for victory and the overall classification. At the briefing, the plan was precise : Start riding and displaying their ambitions on the 3rd climb of the day, the Côte de Seillonnaz to put Guillaume Martin in orbit. Around him, Ruben Fernandez, François Bidard and then Rémy Rochas (victim of a fall without gravity during the 1st stage) did not count their efforts to support their leader.

In the last kilometer, Guillaume Martin produced his effort in turn. His acceleration is decisive: the Norman can raise his arms, finally, as an illustration of the collective strength of the team. Everyone knows that the taste of victory is rare in cycling, making victory even more beautiful. Guillaume Martin had not won since the Mercan'Tour Classic last year, and now has 8 professional successes to his credit.

This moment of joy is also a revenge on bad luck, a few weeks after his hasty departure from the Tour de France due to a positive test for Covid-19. Now, the team will work hard, again, to defend its leader's jersey and give Cofidis another stage race victory this season.

Guillaume Martin: "I'm obviously very happy to have been able to raise my arms today after a bit of a strange season, including the disappointment of the Tour. Yesterday I didn't have very good sensations, I wasn't very optimistic for today and finally the legs were very correct and above all I was able to take advantage of a very solid team. We had the plan to accelerate at the foot of the final climb, Ruben did it, then François and Rémy to finish the job. It was a day that went perfectly and in the final, I managed to be smart by attacking at the end of the descent. It's a victory that feels good, and the objective remains to win the overall with a last day that may be difficult. But tonight it is the satisfaction that dominates. "

Jean-Luc Jonrond, sport director: "We had said at the briefing this morning that we had to harden up in the last two climbs of the day, the Côte de Seillonnaz and the Col de Portes in order to eliminate the maximum number of clients for the final victory and put Guillaume in a good mood. Rémy did an excellent job at the end, but I would like to underline what was done by the whole team and it is a victory for Guillaume but especially for the team. Despite the fact that Guillaume was alone at the end, he managed well by going out in a descent to conclude the good work of the team. The goal now remains to keep this leader's jersey, Guillaume will be on his home turf with 129 kilometers, we will work for that."